John Meadows is an American professional bodybuilderÂ and entrepreneur with an intriguing story. While John now boasts a successful career as an IFBB Pro bodybuilder and fitness company owner, his journey towards the top was extremely difficult.

Growing up, John never met his father, and his mother died at an extremely young age. This meant John only had his grandmother to take care of him. When his grandmother tragically passed away in 1999, John was left alone without his family to support him.

As the years went by, John continued to face new adversities in his life. During his early days in bodybuilding, John suffered from a rare colon disease. After fighting the disease for several months, his colon burst â?? almost resulting in his death. Luckily, John was quickly rushed to an emergency room where his life was saved. After several months of recovery, John was finally back on his feet.

Coming back into bodybuilding, John used the very obstacles that almost cost him his life asÂ â??fuelâ?? to grow stronger. Ever since he recovered from the colon surgery, John has gone on to become a successful bodybuilder, entrepreneur, and inspiration for many people all over the world. 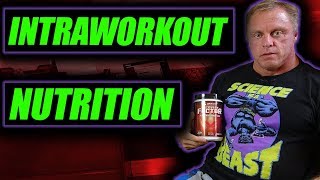 Intraworkout Nutrition for Gains
Listen up as I talk about the brilliant study done by Stephen Bird and associates, that shows heavy evidence of muscle growth resulting from combining essential ...
Video Length: 08:24
Uploaded By: mountaindog1
View Count: 50,710 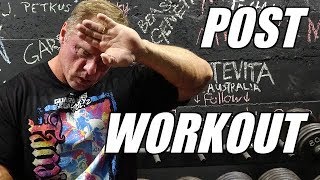 Post Workout Nutrition & what you need to know
Is post workout nutrition important? Is timing everything? I go over it all in this video. It all depends on when you workout. What you eat and so much more.
Video Length: 03:02
Uploaded By: mountaindog1
View Count: 39,226
Featured Products

Helps Patients Address Ketosis Breath and General Breath OdorBeen Shown to Promote Bone HealthProvides the Most Bio-Available Form of Calcium and Other NutrientsEnhanced with Vitamin D3 and Vitamin K ...

DeliciousMade with the Finest Natural Whole GrainsDesigned with a healthy balance of Protein and CarbsPacked with 12 grams of lean Soy Protein per servingA good source of FiberLow Fat, Zero Trans ... 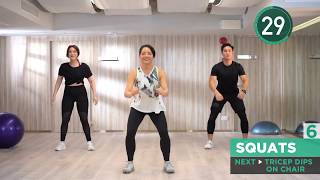 Quarantine workout with Bumrungrad: EP #3 - How to exercise to burn fat and lose weight
One of Bumrungrad's doctors is here to guide you through a few at-home exercises that can help you burn fat and take control of your weight. Bumrungrad Joint ...
Video Length: 10:28
Uploaded By: Bumrungrad International Hospital
View Count: 38,350 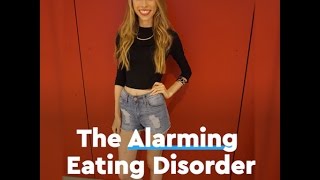 Orthorexia Almost Killed Her — How Healthy Eating Can Turn Deadly
Orthorexia is when "clean" eating takes over your life — and too many people are suffering from it in silence. In a national survey, 4 out of 10 people report that they either have suffered...
Video Length: 02:56
Uploaded By: POPSUGAR Entertainment
View Count: 45,516