There are lots of tiny pieces of apples in this oatmeal and just enough cinnamon to keep your taste buds entertained. With just the right balance of spicy and sweet, this easy to prepare low-carb, high protein oatmeal is a great way to start the day!

The "Maple Brown Sugar" flavor is GREAT!!!!
by Mich on 3/14/2009
I just received my boxes of the BariWise Oatmeal I ordered. It's fantastic. I really like all the Wonderslim products - but in this case - I actually like the BariWise oatmeal better. The texture is smoother & creamier. I will reorder this again after I finish up these 4 boxes. Great product!!! YUMMY!!!

Good Product...Would Def. Recommend
by SouthernBoy on 3/26/2009
If you like Oatmeal this is Def. a good product. Impressed with the Maple and Brown Sugar. Have one every morning. This and a slice of Low Carb/Low Calorie Wheat Bread or a few slices of Apples with No Skin make for a good Breakfast.

Great little supplement
by Sharpeilover on 1/16/2011
I order the apple and cinnamon, and the taste is very good. I add 1/2 TBS. of lite butter and also lite salt. I only wish there was more.

Reallly good!
by furcoat on 1/24/2011
This is the best instant oatmeal I've had, that includes the regular supermarket kinds. So satisfying too.

Love this oatmeal
by kawasakigrl71 on 6/18/2011
I love this oatmeal, some would say it has a strange consistency, however I really enjoy it. I order it for the entire month, And now that the hubby is retiring, we are traveling in the RV and its a fast quick way of breakfast protein.

Excellent!
by desert sky on 9/4/2011
Excellent product. Tastes great! Some are too "sweet" but this is perfect.

Satisfying and delicious
by judy on 1/1/2012
I eat this oatmeal almost every day, sometimes for dinner. To make the oatmeal more hearty for me (I'm an active dog groomer), I add a hand full of quick oats and one cup of warm water. I cook approx 2-1/2 minutes.

Awesome low carb oatmeal
by Jennifer on 1/23/2012
I received a free sample of the maple and brown sugar oatmeal with my WS order. OMG, it is soooo good, and has lower carbs then the WS oatmeal. As soon as I finish the WS oatmeal, I will be ordering this kind instead to save more carbs!

Yummy
by moorenm on 2/11/2012
I don't know what some of those other reviews are talking about--this is a great product! To make it even better, throw on a little cinnamon and allspice.

Love it very tasteful and satisfying
by tmj on 3/4/2012
very tasteful, great texture, I eat with my low carb soy crisps or low carb wraps with butter and splenda brown sugar. Give some stomach discomfort by end of day bloated but found be-no pills to combat that effect.

Love this oatmeal
by Chris on 9/7/2012
I have this everyday for breakfast. I mix it with skim milk (extra protein), a snack size box of raisins and pumpkin pie spice.

My breakfast
by sharlon on 12/13/2014
This is my favorite because I can eat this oatmeal every morning and I never have adverse effects that other foods have caused. I am just over 9 years post gastric bypass and this has been my breakfast for most of these years.

Filling and tasty!
by Becca on 6/14/2015
This item provides a good cinnamon and apple flavoring and is sweet enough to satisfy any breakfast food junkie. The portion is large enough to feel full and is a nice hot option. I make it with boiled water and avoid any use of a microwave as I find it ruins many products texture.

** If you expect the oatmeal to be just like regular rolled oats you'll have to adjust your expectations just a bit. Yet over all the texture is good.

Best High Protein Oatmeal I've found!
by Cari on 2/22/2019
I've tried several others and nothing comes close to this one for me. I like the Apples & Cinnamon flavor best - I add a few chopped walnuts, flax seed, hemp seed and blueberries and I'm all set for many hours without any hunger. Don't expect the consistency of Quaker Oats Oatmeal - this is more fine in nature but once you get used to it, it becomes very yummy and satisfying!

Oatmeals are good - maple brown sugar - very good
by MAS on 6/16/2009
I recommend the Oatmeals - the Maple Brown Sugar is the best. The Apple Cinnamon is OK also, but can be a bit chewy - so add a little more water if you need to. The portions are a tad small, so adding 2 slices of diet toast (80 - 90 calories) with a low calorie spread makes a very satisfying and low calorie meal.

GREAT!!
by lost169lbs on 11/22/2009
This oatmeal is a great filler when you need a carb fix. I add splenda and apple pie spices and light butter and it's GREAT!! Sometimes I have it for breakfast. Sometimes it's a late night snack. It is great anytime of the day. Of course this isn't the best of the oatmeals but it Is the lowest calorie, lowest carb version

Nice on a cold day
by Yooper on 11/28/2009
I like the maple and brown sugar flavor. It is not quite the texture of regular oatmeal, but it fills me up and sticks with me. I like it on a cold day. I'll add a serving of fruit to it and I can go for quite a while without getting hungry. It'a nice change from the breakfast shakes.

Apple & Cinnamon Oatmeal
by JBreaux on 10/10/2010
I absolutely love the oatmeal. It has a great taste and small bits of apple.

Good
by Teresa on 5/15/2011
I enjoy this product. I cook it a little longer (big dish or it boils over) than it says. I some times make 2 packets (I am 1 year post-op) or I make one packet and add some Quaker Oats and unflavored protein powder. I like mine sweet so I add some sugar free brown sugar cinn syrup YUM!! I also will mix the flavors.

Very good
by Yvette on 1/12/2014
So I was a little scared to try the oatmeal because of doing MF for so long and I am still doing it but wanted to try other products. Any way it was actually really good so much better the the MF stuff I can not choke that down. I did have to add a little sweetener but enjoyed having something hot for breakfast that will stick to the ribs. The only thing that keep it from 5 stars is that it is a bit gooey and thick paste like but the flavor is there.

Lowest Carb Oatmeal on the market
by Panda on 7/13/2015
This is a pretty good tasting oatmeal. It's easy to prepare. I think this is the lowest carb oatmeal on the market, much less than the quaker low sugar oatmeal. you won't go wrong here. I like to add a bit of cashew or almond milk. It will fill you up!

Good flavor
by Patty on 11/15/2015
I like this oatmeal. Only thing I could say is the texture is a little different but I think it is because of the apple flavoring. Not that off putting that I wouldn't purchase it again.

Nice option when you are sick of eggs.
by cangreja on 2/16/2011
You know that scene in The Matrix where they are feeding Neo (Keanu Reeves) the unappealing mushy stuff out of the pipe that consists of all the amino acids and stuff that a body needs? This is it.

It tastes okay, but lets face it, it is difficult to make something that is 100% carb into a protein rich food without it having an odd wet, slightly spongy consistency.

However, that being said, when you are on a Low Carb diet and are SICK SICK SICK of eggs for breakfast, then have one of these for a couple of days. It is a nice change. The flavors are good, it is just the consistency that will get you.

Not a big fan
by LDominick on 4/19/2011
I tried the oatmeal thinking it would be a quick and good breakfast and the BariWise products are normally my favorite. I didn't like the consistency at all, like a paste instead of oatmeal. I'm not a fan.

Pick something else.
by Sabrina on 3/26/2014
I will eat this since I paid for it. I did not mean to click onto the apple oatmeal. Not the best. I usually get the maple and brown sugar. Be sure to check your order before the last submit.

Used to be delicious
by Sue on 7/8/2009
For 6 months I'd been eating the apple cinnamon and loving it - almost my favorite food. Then lately something changed. The consistency is now like mush and it is just nasty. The numbers on the fronts of the packs starting with 20804 are nothing like the last batch I ordered. Anyone else having issues with this? Maybe we can get them to change it back. Very disappointed. :(

Did they change the recipe???
by Viv on 8/2/2009
Like the previous reviewer I used to buy and love this product but it seems that they changed the recipe?this product does not taste at all as it used to?had to throw away 3 boxes because there?s no way I can eat it?

Not a fan
by SC, RD, LDN on 11/8/2009
I could only tolerate eating what I'd ordered by using milk instead of water and by adding nutmeg, cinnamon, splenda, and equal to the maple and brown sugar flavor. I really love quaker oats b. sug and cinnamon and would love to replace it with a higher protein brand.

Not so great
by Laurie on 3/2/2010
I must have received one of the bad boxes of maple brown sugar. It has a strange nonfood taste to it, and I was really hoping to like it.

If you like barium.....
by LovesChips on 1/25/2011
I wanted variety in my breakfast, and I ordered the maple and brown sugar flavor. OMG, that was a big mistake. This stuff tastes like watered down chalk or the paste we used to make with flour and water as kids. YUCK! I will stick to the WonderSlim apple and cinnamon that is awesome!

Artificially sweet tasting, couldn't hack it
by RockyMtnFae on 10/18/2011
I really wanted to like this and toughed it out through the first three packets, hoping I would get used to the fake sweet taste, but it got worse instead of better. I am throwing the other four away and looking for something with no sweetener at all. I tried to give it no stars, but they make reviewers give it at least one, probably in case we forgot to award stars at all. Even though it states poor, one star is a lie, really. They need to put a selection of "deliberately zero stars" we would have to select to make sure we didn't just forget to select!

Has a stale taste
by mwhite on 10/31/2011
I received a sample of this oatmeal. I like the WS oatmeal, has a rustic texture. This oatmeal would be ok if it did not have such a stale taste to it. It's more like a thin oatmeal, and I would buy this because I really want a lower carb oatmeal, however, if that stale taste is what I can expect, I am going to have to pass on this one.

Hard to take!
by Fani on 11/19/2011
This isn't oatmeal; it's slimy stuff that will overflow the bowl if you don't keep an eye on the microwave. I mix it with a pkg of real instant oatmeal and it works. I suppose I'm negating the diet this way, but I truly love oatmeal and feel that the protein available in this product is important to make my mornings easier. 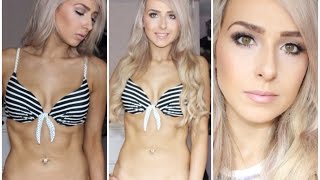 How I lost weight healthy lifestyle ? Weight Loss/Healthy eating? "How To Lose Weight"
for more videos check out my channel http://goo.gl/68xITg - Makeup in this video https://goo.gl/XT7mPq Hi beauties, welcome back to my channel. This video ...
Video Length: 25:24
Uploaded By: DramaticMac
View Count: 269,430 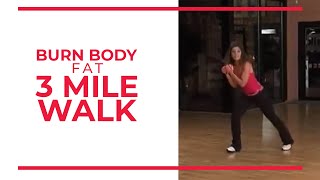