ProtiDiet's unique take on hot breakfast cereal combines the goodness of oatmeal with the protein power of soy for a satisfying way to start your day. Packed with 15 grams of protein, this low-carb apple cinnamon instant hot cereal is a good breakfast choice for individuals seeking to add extra protein to their healthy eating plan without packing on extra calories.

Yummy, with a little tweaking!
by GTinELP on 11/11/2012
Yes, it can appear foamy and lumpy, but I've found that a) boiling the water first and b) mixing it with a fork can help it get somewhat smoother. That, plus adding some cinnamon, Molly McButter, and a splash of almond or 2% milk makes it just perfect for me.

Love this
by Lisa on 8/14/2012
This oatmeal is great and quick to whip up. I thought my days of having something other than a shake for breakfast were over. I was skeptical but pleasantly surprised at the taste and texture. I keep a box in my office drawer and a couple of bags in my purse for the weekend. Thank you.

Love the flavor
by Lori M on 12/18/2011
I love the ease of this oatmeal, it's so much easier to add hot water at work, than to use the microwave. The maple flavor is wonderful, I love it with a cut up banana for breakfast.

ProtiDiet Instant Oatmeal
by Patty on 5/17/2011
~ I love the oatmeal!~ No matter if I am on a diet or not, I will continue to eat this oatmeal(maple-brown sugar) with a bit of cinnamon added!~

Eat it every day!
by Christine on 11/1/2010
I eat a packet of this every day, 10am. It's my 2nd meal of the day. Consistency is a little different than fresh oatmeal, but I like it. Very satisfying. Less chalky than MF oatmeal and tastier too!

Eat daily!
by MK on 1/16/2010
I am on 7 replacements a day until weight gets into balance, and on weekends, when my time is less structured, I combine two packets for a late breakfast. At work, I make one packet in a large mug, using 3.5-4 oz of water. My co-workers tell me the amazing aroma is noticeable as they enter the office. A packet of Equal increases the sweet maple flavor.

My favorite breakfast!
by Joy on 12/13/2009
I eat the cinnamon spice oatmeal for breakfast every morning and I just love it. I would eat it regardless if I were trying to lose weight or not. This is an excellent product.

Perfect Morning Food
by MarkHuss on 4/19/2009
(This review is for the Maple/Brown Sugar Flavor).

I like this cereal
by Martha R on 2/25/2008
EXCELLENT! the maple brown sugar is awesome...I look forward to it every morning.

excellent
by sandra on 11/29/2014
been doing proti-diet for 6 weeks with amazing results. All oatmeal flavours are delicious and satisfying. Texture is odd at first, but if you let it sit for a minute it thickens up nicely. High protein & no aspartame - love it!

Lo Carb Oatmeal
by Patti on 4/24/2013
I was looking for a low carb oatmeal option. With 5 net carbs this product fits in nicely. I've tried the Protidiet Cinnamon Spice and Apple Cinnamon, I have no problem with the taste or texture, I like them. For me, the Cinnamon Spice was slightly better. I also tried the Bariwise Maple & Brown Sugar, I do like it but it has 7 net carbs so I will opt for Protidiet in the future.

Pretty Good
by on 4/18/2011
I really like this but it isn't the same consistency as regular oatmeal. Try adding touch of ginger and/or cinnamon. Very yummy!

Does The Trick!
by vtxsue on 8/13/2009
Don't expect this oatmeal to be like your Quaker Oats, but with that said it still taste pretty good. Keep an open mind that there is a lot of protein added so it's going to taste different. I tried the maple and brown sugar and plan on buying more.

Like this product
by janie on 12/13/2011
I have gotten the maple brown sugar and the cinnamon spice flavors. They are both pretty good when prepared as directed, have a nice flavor. I have also mixed the oatmeal and the pancake mix, using just enough water to moisten and then made cookies-baked in oven @ 350F. for 12-15 minutes. Makes 6 cookies, 3 equals one serving.

oatmeal dog food
by eater eater on 4/3/2011
I looks like mush. I don't know what kind of oatmeal this really is. I luv oatmeal but I could not get past the way it look. And since it (diet), I taste it and it is not worth the price or another bite. I tried to feed it to one of my birds....and he shook his head noooooooo.

Alright OATMEAL(hmm)
by DNA on 8/5/2010
Okay.. same theme - I am on NS, but wanted to try some other products and since this was on sale - it was a NO BRAINER. Well the MBS(I got all 3 varieties, but have only tried the one) smelled DELISH. But the consistency is way off from oatmeal. There are odd clumps here and there, but it ain't your momma's or even a cheap instant version's oatmeal. Onto the taste, it actually was not bad at all. I boiled my water, measure it out, put my oatmeal in, stirred and let it sit(this was done in a measuring cup). After sometime, I put it in the MicroW for some seconds to thicken it up. I have three boxes and will eat them all - I'll likely purchase again - but this depends on how I feel after the remaining 20.

Not bad, but...
by stevebert on 4/20/2010
At first I enjoyed the taste, but after a while found it was not so much to my liking. In the end I found that mixing in a small amount of regular oatmeal made for a good combination that I enjoy regularly.

Disappointed
by tc4wy on 3/7/2012
I have used medifast in the past and was looking for a lower carb oatmeal. Protidiet was slimy and lumpy and runny even using only 4 oz of water. To help the taste and consistency I added a teaspoon of Splenda and used more powder to thicken it up, 4 oz of water to 2 scoops of powder. It smelled really good and I got used to it after a few servings, but Medifast is better and more like real oatmeal. I am going to try Wonderslim next. I did like the canister sized package since it was a better deal $$ wise. Make sure you follow the directions as far as adding powder to hot water. Mixing it and then putting it in the microwave made a huge mess because it boiled over quickly and that made it runnier. I may order again because I got use to the consistency and ease of use, but not sure yet.

ProtiDiet Instant Oatmeal
by TG on 1/19/2010
This I am not too fond of. I ordered 2 boxes to try because it had the lower carb count that I was seeking, but the texture is just not right for me. I am gonna experiment again with the cooking to see if I did something wrong.

No Good
by Lauren on 1/15/2012
Very strange consistency and bad aftertaste. After trying to choke down one packet, I threw threw the remaining packets in the box away.

ProtiDiet Instant Oatmeal
by bsmith on 12/18/2011
I'll eat it but it's foamy and soupy. I tried adding less water than it called for and it was better but the WonderSlim is better.

UGH!
by Mary on 12/4/2011
I wish I had read the recent reviews of this product BEFORE I wasted my money. The taste might be tolerable but the texture is horrid! It is foamy - reminds me of chewing an antacid tablet. By far the worst product I have purchased from Diet Direct (I have been VERY Happy with purchases before this one)

Icky
by Eve Z on 7/25/2011
I can usually eat just about anything from a diet food perspective. I won't always love it, but I can eat it. This oatmeal was just plain yucky. It is pasty and foamy. The texture is more the issue, not the taste. Wonderslim has a much better product. I like the Medifast oatmeal better as well. So, I am about to throw out food. Not something I like to do, but, I really just cannot eat this stuff.

Hideous
by Redspike on 7/25/2011
The worst diet oatmeal. Ever. I have had many diet oatmeals and I can honestly say there are some I quite like. This is not of them. Consistency is a gluey mess and the flavor is worse. Don't even think about the texture.

Tastes good, consistency is icky
by Melissa on 7/23/2011
I bought a box of this and will never do so again. I'm actually considering throwing away what I have not eaten. It is not oatmeal, it is drywall spackle....or gruel, depending on how much water you add. I like the flavor, but I can't take the consistency. Try WonderSlim oatmeal, it's way better.

So Gross!!!
by JHoward on 10/20/2009
This was like eating paste from kindergarten class! I love every other supplement I have tried off this website, but this was hands down absolutely horrible!! Sticky, mushy, no taste....just disgusting!!

Not like real oatmeal.
by Catness on 4/28/2009
I didn't know what to expect when I purchased this protein oatmeal (I got the maple flavor). It was not very good, and not like instant oatmeal at all. The packet said add 4-5 oz of hot water to the contents, but this left me with a very soupy gruel - kind of like a warm protein shake with some oat cluster things floating in it. I'll have to try making it with less water next time. In any event, I wouldn't buy this again.

Worst product yet!
by Teri on 3/2/2009
I had to give it one star because zero stars was not an option. Tasted nasty with a terrible, slick texture. I tried adding a Splenda then adding some milk, but nothing I tried made it edible. This is the worst diet food product I have tried in the four months I've been using them. 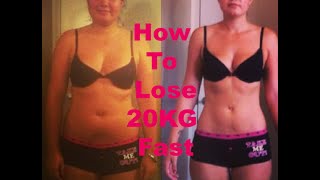 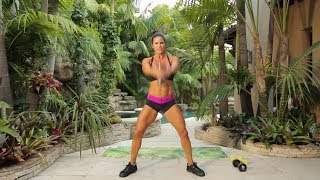 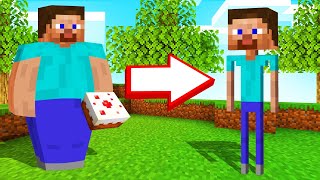