Craving cheesecake? Top this creamy pudding with fresh strawberries, blueberries or raspberries for an extra special NO GUILT treat, or mix them in for a great tasting low-carb shake.

Love the Banana
by sharrell on 10/8/2008
The banana flavor is wonderful with skim milk and 4 ice cube blended.

Superb!
by Sweetness on 4/2/2009
Love, Love, Love the tropical banana!! Not too sweet with a great flavor! I could have this for breakfast every morning! Super as a pudding or shake!!!

Favorite meal of the day!
by Patti on 9/10/2009
I love this pudding/shake! I had been paying $14/box at a physicians practice under the product name: Health Wise Swiss Chocolate Shake or Pudding. It's the same product and the discount is substantial, especially if ordered in large quantities. I eat only low fat proteins and vegetables for lunch and dinner with this as my breakfast. It's my only sweet of the day and I love it!

So Good!
by RBTX on 1/3/2013
I love this in the morning as a protein smoothie. I use the french vanilla a few ice cubes,6oz water, 4oz egg whites and an orange, blend it up and wow it's a great way to start my day!

Great Product!
by MAG on 7/22/2010
I have been using the BariWise Swiss Chocolate Pudding/Shake mix for a very long time, and love it. I've tried the WonderSlim Chocolate Cream, and it doesn't taste as good, nor does it get as thick as the BariWise.

Chocolate shake
by Laura on 1/3/2013
I love the chocolate shake. I pour it over shaved ice and depending on my craving sometimes I add a splenda, however it isn't necessary it is great without it. I do find it better when I use a shaker for mixing. It is thick and filling....low carbs and fat. I get it with every order. (Updated on 8/12/2010.)

Swiss Chocolate Rocks!
by T. Hallum on 10/25/2010
I started the plan with low expectations, and I would have to say that Diet Direct has proven me wrong! This shake taste rich and creamy and will definitely satisfy your sweet tooth. This is worth a try! (Updated on 10/26/2010.)

Very Tasty
by SkinnyBrideorBust on 6/24/2011
This shake is very good blended with ice. It has a nice texture and chocolatey flavor. Not chalky at all.

Yum
by on 1/3/2013
This chocolate product is yummy, especially as a pudding. Great with water added or milk to get your calcium. I would order again.

I LOVE the Chocolate!
by Blondie on 1/17/2012
Fills me up, tastes awesome. Must be mixed in a blender, I recommend a mini Bella. They sell them at target, it mixes the shakes perfect no clumps! I'm a bariatric patient out 4 1/2 yrs but it makes me feel good! The French Vanillas ok, but I'm a chocolate girl!

It's like dessert whenever I have it!!!
by Bugeyz on 1/29/2012
The Chocolate Pudding Shake mix is delicious! It tastes great and to me is the thickest pudding of all of the BariWise brand.

BariWise Pudding/Shake
by sevsma on 1/3/2013
Very tasty and very filling. Have tried almost every flavor and enjoy them all

Pudding
by Raina on 4/9/2018
I have not tried it as a shake yet because I like the pudding so much! I've tried most of the puddings and this is my favorite. :)

Love the thickness
by Tammy on 5/17/2010
I feel like this is a real treat. I have only tried the swiss chocolate. Its nice and thick as a shake.

Tropical Banana
by NCooper on 1/3/2013
I really like this drink. It does taste like real banana, and not something that you can't identify. Mixes really well with fat-free milk or 2%, will increase the calorie intake, but mixes for a thicker shake. It still mixes good with water, but it's a little thinner. However, I would only drink these as shakes because the pudding is not so tasty, just clumpy at best. Keep it at the shake level.

Yummy & filling snack
by on 1/3/2013
These are a great and easy snack that can also be taken "on the go." They taste good, and the generous amount of protein curbs hunger, all for a limited amount of calories! Very good, except don't expect a cheesecake flavor from that, closer to a vanilla, not the best flavor in my opinion.

New York Cheesecake
by Trishie on 7/30/2013
I agree with others that say that it does not taste like cheesecake, but more of a vanilla. That being said, it's the BEST vanilla compared to the other shakes here in my opinion. It whips up very thick (I use 5-6oz of water and make up the difference with ice cubes.) I can see this as a staple base for a lot of flavors in my smoothie drinks. I also made a mini cheesecake by adding a TBSP of of plain goat cheese (or cream cheese) a bit of stevia and scooping it into an almond flour crust for a monthly weekend treat. It gives it more of a cheesecake texture. I like this one a lot.

Ok, But Weird After-taste
by Tamiam on 12/5/2008
I bought banana & cheesecake for change from the boring flavors my program offers(only chocolate,vanilla pudding or shakes, chicken & yucky tomato soup, and apricot-pinapple & lemon drinks. They have a bit of an after taste, but a pack of splenda or stevia helps. I also add Capella flavor drops for a bit more excitement (Lost 40lbs since 9/2008 on meal replacements with medical supervisionx 6 weeks, & the centers program that's similar to the Wonder Slim plan the last few weeks!)

Average
by shelly on 1/3/2013
I got the chocolate and cheescake. Skip the chocolate, they are better in wonderslim. The cheescake was a really good shake, but tasted more like french vanilla, little to no cheescake flavor. Both are kinda gross as a pudding as the flavor is just more concentrated and all you taste is aftertaste.

Not bad
by SCarr on 1/3/2013
Got the variety pack. So far I like the Banana the best. Better as a shake than pudding. Prefer Wonderslim.

Pudding mix
by Maxie on 4/18/2011
I have been using Nutrimed Pudding and shake mix, but my dietician no longer carries this product. Looking at the information provided this product seemed comparable. I was disappointed in the taste and consistency when used as a pudding. I will not order again.

Not bad
by md on 7/18/2011
I tried the swiss chocolate flavor. I didn't use them as puddings, I drank them as shakes. They weren't bad.

BariWise Protein Diet Pudding-Shake Mix - New York Cheesecake
by ladybug1487 on 12/2/2013
I have tried just about every shake/pudding mix offered at DietDirect, and I can honestly say this is one I will NEVER order again. You know when you were little and you would have to eat something you didn't like, so you would close your eyes and plug your nose, and down it? That is the way it is with the cheesecake shake. Even then, the un-blended parts make you about toss your cookies. I'm not sure why this mix doesn't blend, but it doesn't. I have tried stirring, shaking, soaking, hot and cold liquids, nothing seems to work. Barf!

grade school paste
by ktx on 1/28/2014
Despite a lot of negative reviews, I decided to take a chance on this one. Unfortunately, I can now see why the reviews weren't very positive. The best I can say about it is that it is sweet. But no discernible cheese cake flavor, and barely even any vanilla flavor. I made this as a pudding. First of all, it needed more water than is called for on the packet to get it to pudding consistency. It just tasted like sweet paste. I have a box to deal with, so I'll be trying to add flavor with vanilla extract, unsweetened cocoa powder, etc. to get it edible standard. But once gone, I won't order this flavor again. Overall, I think WonderSlim makes better puddings than BariWise.

Surprisingly disappointed
by Angela on 6/22/2010
Really disappointed in the Bari-wise New York Cheesecake, California Strawberry and Tropical Banana puddings. The pudding consistency is more like a gel and the flavors are odd at best. A bad taste, especially in the NY Cheesecake. DO NOT RECOMMEND. The WonderSlim is SO MUCH BETTER.

Bariwise Pudding/Shake
by CO Mom on 1/3/2013
These were so gross! Don't waste your money.

double nasty
by Judy on 7/26/2013
bland, blah, weird texture and did I mention bland. Disappointing. I like another reviewer will stick to chocolate shakes

horrible product
by Lorraine on 7/7/2014
Horrible, wonder slim cheesecake is so much better 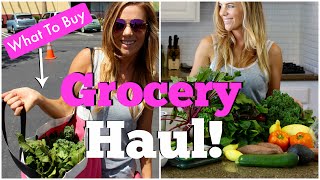 Grocery Haul | How To Eat Healthy *Farmers Market & Grocery Store*
Let's go shopping! Grocery shopping that is ;) So excited to take you with me to the local farmers market & grocery store. I show you everything I stock up on to ...
Video Length: 16:06
Uploaded By: Love Sweat Fitness
View Count: 67,699 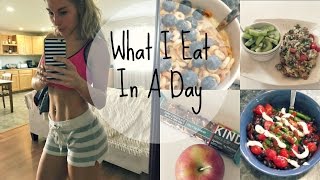 What I Ate Today | My Diet | Healthy Lifestyle
Hey Loves! My most asked questions are related to my health and fitness so I thought I would film a video showing what I eat in a day! I am not saying that how I ...
Video Length: 05:38
Uploaded By: Miss Rylee Jade
View Count: 111,442